A Tale of Two Tows 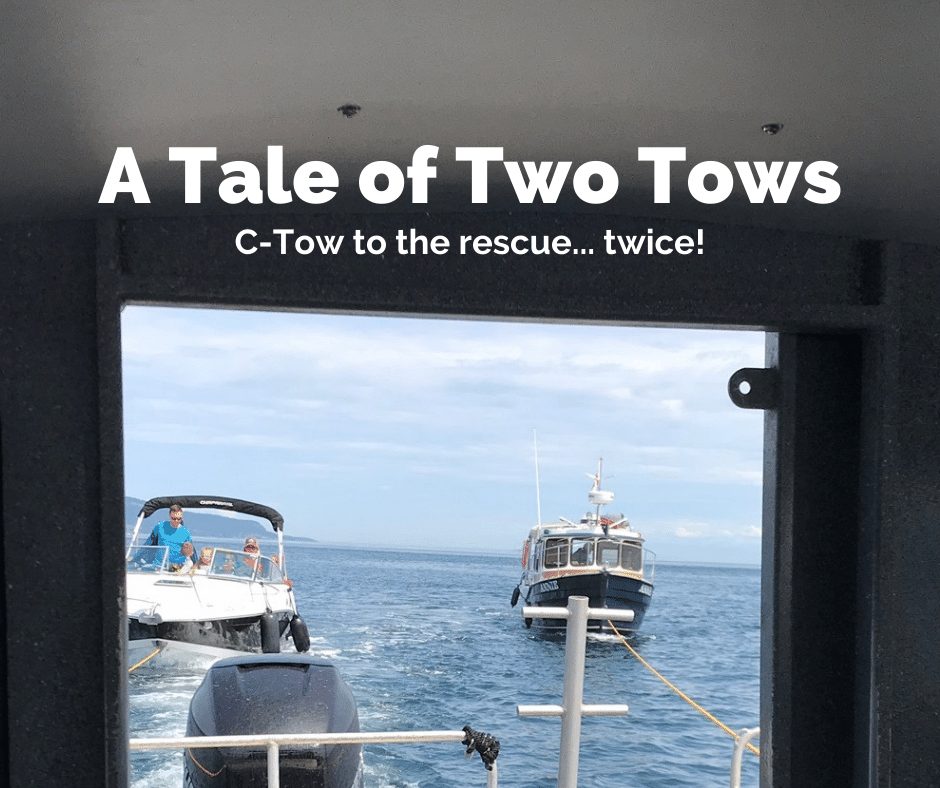 Our C-Tow captains always aim to be as helpful as possible. Sometimes, that means an unexpected double act, helping two (or more) vessels at the same time. Duty calls, and if it happens to call twice in a row, we do our best to make sure that each customer reaches safety with our service.

That is exactly what Captain Don Jenson of Sidney, British Columbia did during a memorable tow in the Southern Gulf Islands. This beautiful area of BC calls to many mariners in pursuit of a great day on the West Coast water. Of course, with all those boaters out there, troubles inevitably happen, which is where C-Tow is invaluable to those in need.

“I received a call about a member who had no steering in his Ranger Tug near Pender Island,” recalls Captain Don. It turns out that the boat would not be in any shape to keep travelling, any time soon.

“Later we discovered that he had no steering because his rudder had fallen off and was on the seabed,” explains Captain Don.

Adding to the developing situation, his day of work became that much busier shortly after the first call.

“When I was almost on the scene, a second call came in about a boat with engine failure at almost the same location.”

“But, upon arrival, there were two boats bobbing around within a few hundred metres of each other,” he says. “Head office suggested towing them both, so that’s what I did.”

If you find yourself in trouble, you too can benefit from the expertise and availability of a local C-Tow captain. Buy your membership now, or give us a call at 1-888-419-CTOW.