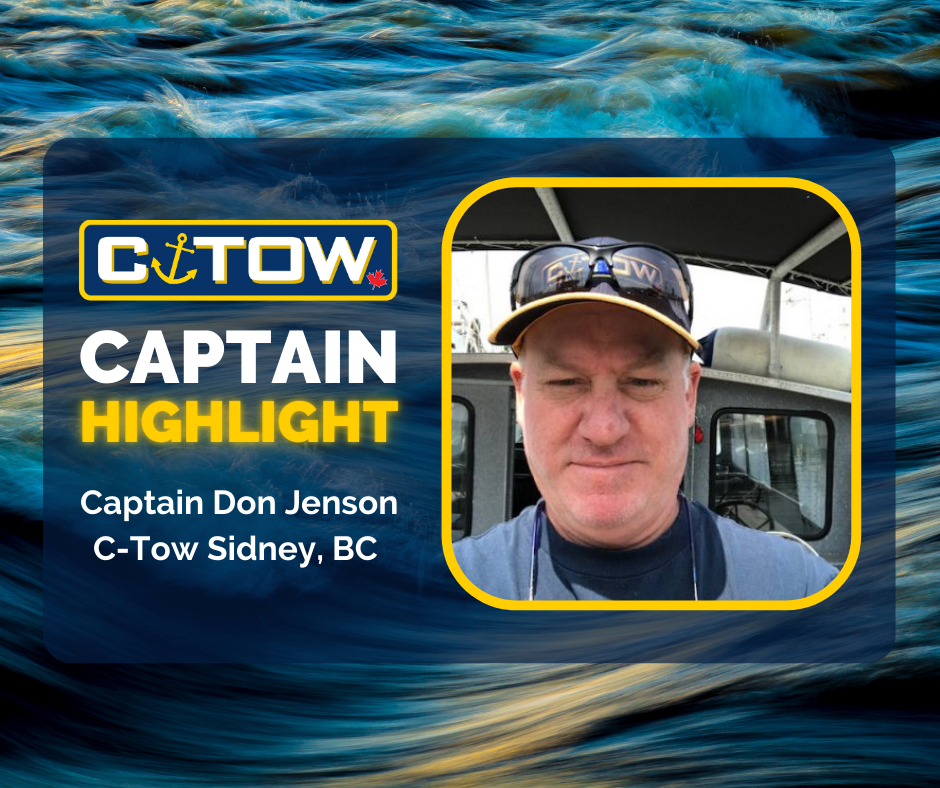 Don Jensen is building a great life that revolves around boats and helping people in two Sidneys—the town of Sidney on the tip of Vancouver Island, where he lives in the winter, and the island of Sidney, where he lives during the summer. He loves the Gulf Island lifestyle.

I’m an island guy. I used to live on Turks & Caicos where I co-developed The Sands Resort.  Now I service the Southern Gulf Islands in BC as a C-Tow Captain. This area is gorgeous during the summer, but in winter it gets stormy. There are lots of rocks you can’t see at high tide, but you can hit them!

Must See the Spit

The Sidney Spit, in Gulf Islands National Park, is a sandy, narrow strip of land that stretches into the sea—a beautiful spot to sunbathe or walk. Located on the edge of the Pacific flyway, Sidney Spit’s tidal flats and salt marshes overflow with migrating shorebirds during spring and fall.

The Love of Boats

When you live on an island, you have to have a boat, and when I was living on Turks & Caicos, I owned a 20ft boat. I’ve also sailed all around South America in a 50ft Ketch. In the Okanagan, I had a 23ft Cuddy Cabin power boat on the lake. Now I run a water taxi business on Sidney Island with a 24ft Northwest Aluminum craft purpose built boat that I retrofitted for the C-Tow business by adding a tow post, bridles, ropes and emergency supplies.

I relied on C-Tow before I joined. I was bringing my 45ft Sportfisher boat back from Steveston when both engines went down. I dropped anchor, but I was heading toward the rocks. Called C-Tow, it saved me. Great service. So, I was familiar with them, and thought it was a good fit for me.

I find great satisfaction in helping people in a bind. I know what it feels like when you need help on the water and how good it is when you can get safely rescued.

I received a call from a C-Tow Member who had lost his steering in his Ranger Tug, near Pender Island. We discovered that his steering loss was a result his rudder falling off and laying on the seabed.

As I arrived on scene, a second call came in about a boat with engine failure at almost the same location. Initially, I thought it was the same call being sent twice but upon arrival, there were two boats bobbing around within a few hundred metres of each other.

The coveted double tow! I safely hooked up booth vessels and towed them to Van Isle Marina for repair.

Not paying attention to weather patterns, especially in the winter, is dangerous. If your boat doesn’t go fast and the weather changes, you run into issues quickly. That’s why C-Tow gives you peace of mind; you know who to call, and if you use it once, it pays for itself. That’s comforting.