The Dominican Republic: To go or not to go? 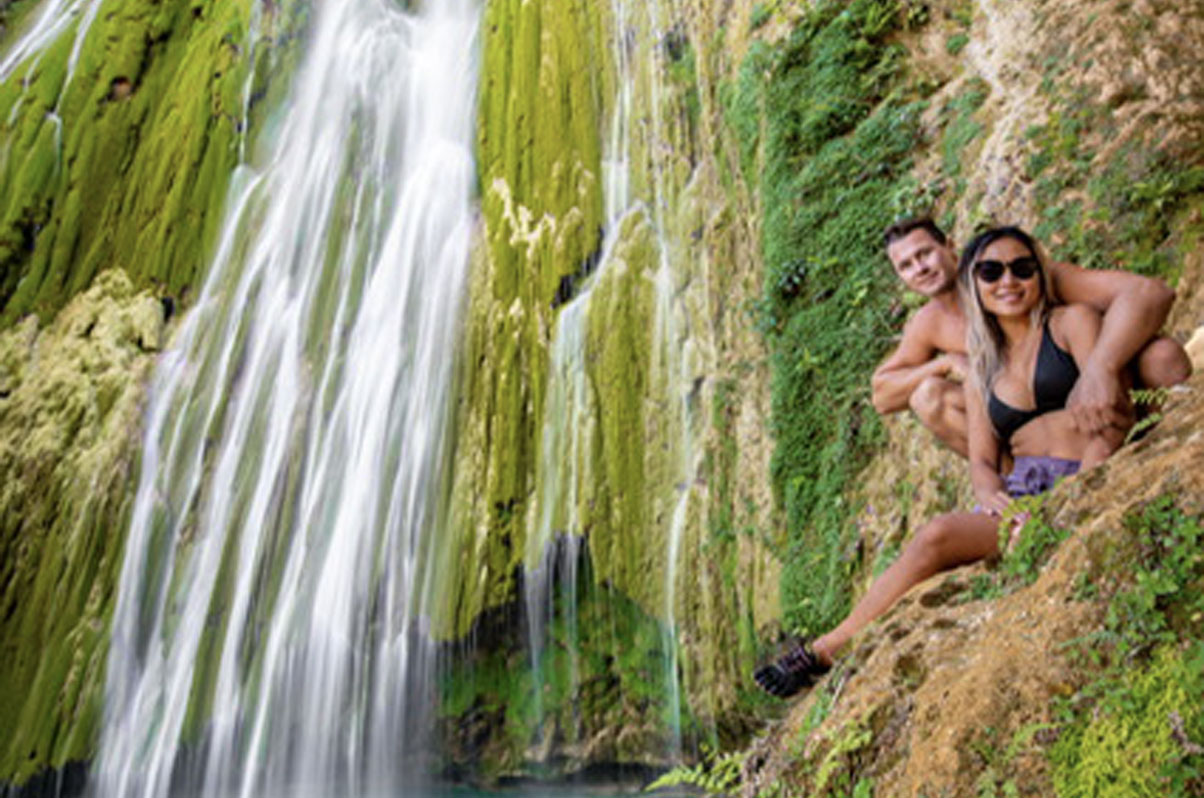 The Dominican Republic (D.R.) was a place that we were indifferent to visiting by sailboat. Let’s say it was far down the “let’s go there list”. We heard and spoke with many other cruisers who skipped past it.

We thought it may not be safe to bring our home and leaving it anchored for any period of time, especially during a pandemic.  Thanks to the Internet you’ll read a number of horrible cruising stories that are usually blown out of proportion or exaggerated to some extent, but as with most reviews, they’re to be taken with a grain of salt.

Our plan was to sail southbound toward Grenada for hurricane season and the D.R. was on our way.  At that time, we did not have much experience in multi-day passages.  The D.R. made for a great jump off point to stage for our next weather window as we continued down the Thorny Path.

Luckily, we knew eight other cruising boats heading there from The Bahamas and we were all leaving around the same time, making us feel much more comfortable.

When Easting, many boats take the weather window when it becomes available. They’re far and few when heading to the leeward islands. The trade winds predominantly blow from the east but the windward islands in the Winter occasionally catch a break with a strong northerly wind.  The northerlies break up the wind pattern and that’s the an optimal time to head east.

D.R. here we come! Our port of entry was Luperon.  Initially, we felt a bit off trying to get a personal reading with the negative things read online, but after spending two weeks there, we truly fell in love with that corky little town. Locals couldn’t have been friendlier, dining out and groceries were extremely cheap.  For example, Steph and I could go out and eat a good meal with a few drinks each and spend only $15-20 USD for the both of us. Car rentals or tour busses to see the island were easy to arrange which I highly recommend doing. If you plan on visiting the D.R. and leave your boat at anchor, Lupron was by far the safest feeling place to do so, protecting from any wind or wave direction. Also, a huge income for Lupron comes from the cruisers since the massive resort shut down. The locals especially appreciate the all the boaters coming in.

What left a “bad taste” as they say, was definitely the clearing in/out procedures throughout the D.R. It takes about a half a day to clear in or out of any given bay and once you’ve finished the waiting game, as soon s the navy hands you your departure papers, they want you gone right away, which makes planning a bit of a pain. You’ll also hear officials asking for “bribes” as the Internet says.  The bribes are more like a tip for their troubles to come out to your boat. They are more than fine with you politely declining, however a simple beer or a small bottle of rum goes a long way if you don’t have any money to offer.

From Luperon, we planned on multiple day hops early in the morning when the catabolic winds slow or stop the easterly winds. We read to make short hops to a few protected bays making our way to Samana… but turns out there were no protected bays and we ended up bashing into our worst 20 hour motor sail yet. We ended up stopping for a much needed rest break at El Valle bay with 3-4’ swells rolling in, although it wasn’t comfortable of a sleep, the couple of hours rest we got were much needed.

Approaching Samana Bay was truly a treat, we can check our first whale spotting off the bucket list. Sperm whales come to this bay to give birth and raise their young.

Once finally checked into Samana, half day later, we had a very different vibe than that from Luperon. The place catered more to resort goers and vacationers.  The locals are on you like flies on Shiiii… one guy even followed us for four hours. With hard nos and thank yous and the following still continued.  We understand the locals are just trying to make a living but when it borders the line of harassment it’s a bit much. However, after a couple days, they get to know you and leave you be. I say it’s all a part of the Dominican experience we’ll never forget and love.

If this post may sound negative that’s far from how I’m writing it. I think it’s good to have an understanding of the place you’re traveling to and none of our experiences were negative –  just certain instances that were out of the norm for us and as a result, stood out.   It’s fully how you react to a given situation that will create your experience.

The Dominican Republic was an amazing place to visit by sailboat and you definitely shouldn’t miss it especially if it’s along your route.