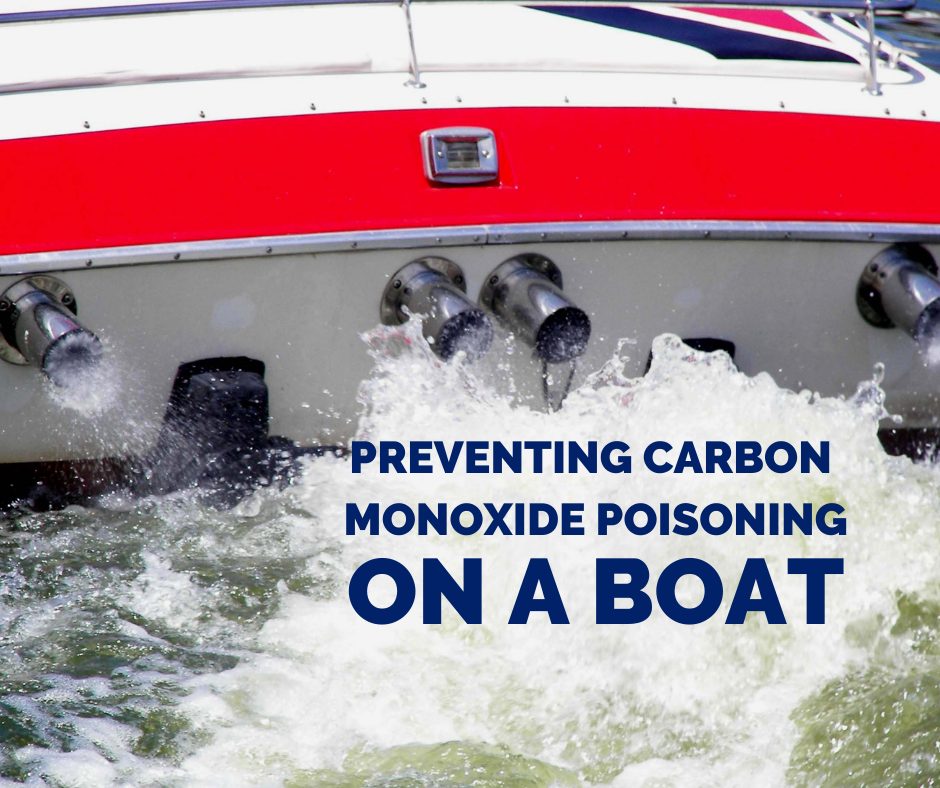 It’s a risk that you might not have considered until recently, as cases of carbon monoxide poisoning aboard boats are in the news. The spotlight on carbon monoxide (CO) poisoning is a red flag to every mariner to consider how CO can build up in a boat and take steps to prevent this from happening.

What to Watch For

CO can cause sudden illness and even death. It’s important to know what the common symptoms are, to take immediate action.

The most common symptoms of CO poisoning are headache, dizziness, weakness, nausea, vomiting, chest pain, and confusion. One of the major risk factors of CO poisoning and boating is the potential for drowning, if someone loses consciousness and falls into the water.

Get anyone displaying these symptoms to fresh air right away and seek medical help immediately.

There are a few ways CO can build up on board a boat. Large boats with gas-powered generators typically vent those fumes toward the back of the boat. Fumes may also build up above the water on larger boats. Any time a vessel is operating at lower speeds, or idling in the water, that CO buildup can spread throughout the vessel, including in open areas. A high bow angle and/or heavy loading can create CO buildup inside cabins, cockpits and bridges. Even exhaust from nearby vessels can put your own vessel and its passengers in the path of CO buildup.