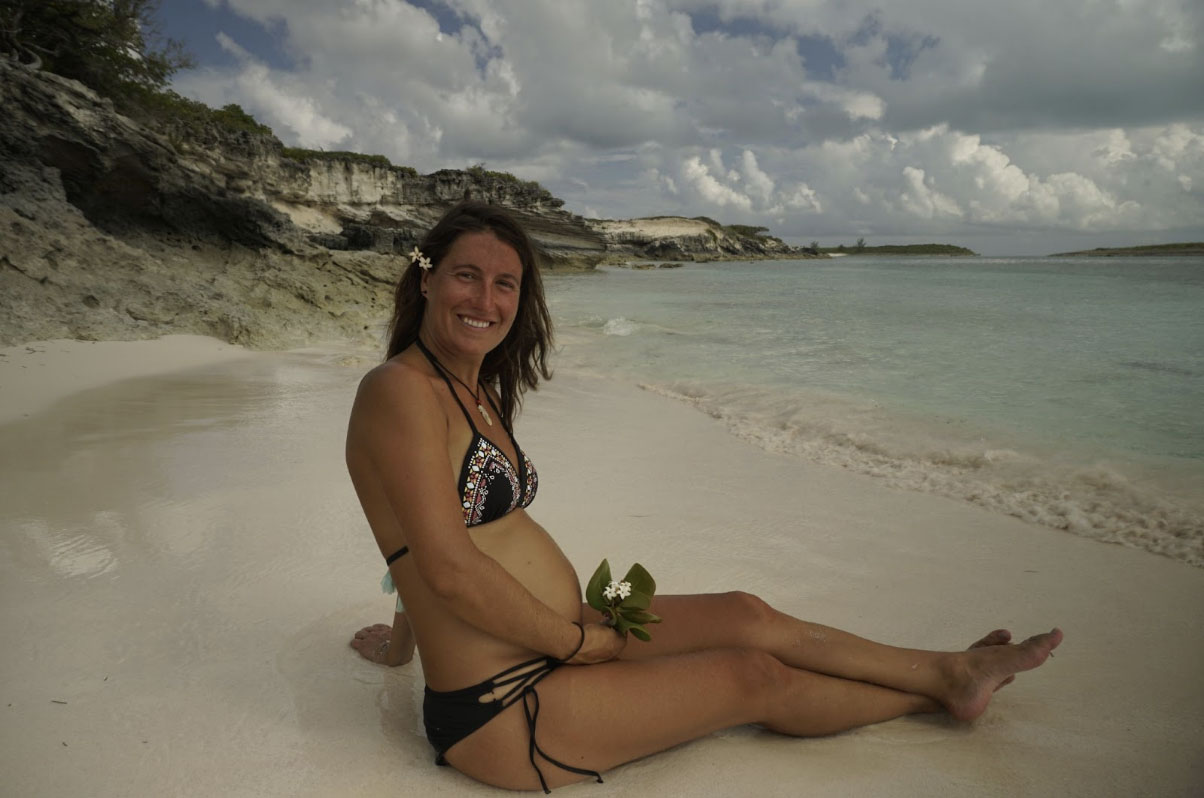 Are you someone who gets seasick while sailing or in a rolly anchorage? Well last year this was me for way too many days during our cruising season in the Bahamas. Maybe being pregnant while sailing didn’t help so much. Under normal circumstances I don’t get seasick too often but every once in a while it kicks in and can turn a very nice day into one that you cannot wait to just lay down, fall asleep and feel great once again. And unfortunately it is said to affect women and children more so. So here are a few of the tricks which I found worked for me.

They say ginger helps fight nausea and they are absolutely right. Chewing on a flavorful ginger candy definitely helped alleviate some of the nausea. There are lots of different types of candies. The ones which did the trick were more natural and with less sugar. They were so “gingery” that it was almost a little spicy but ever so tasty.

Ginger Ale or 7-Up

Staying with the theme of ginger. A little bubbly Ginger Ale or alternatively a 7-Up might help ease that queasy feeling.

Sometimes it feels like nothing will help. Then if you can try to take a nap. Ideally towards the stern of the sailboat since the motion seems to be less amplified compared to the bow. I’ve often woken up from even just a short nap feeling refreshed and ready to take on the world.

Also the same applies if you are in an extremely rolly anchorage feeling nauseous instead of sleeping in the v-berth try moving aft for the night. It’ll be less rolly and more comfortable.

I really enjoy my coffee in the mornings but when I don’t feel so great and the fish do not seem to like coffee. It tends to amplify my nausea so staying away from it is the best stance to take during those early day sails.

This one might be hard to admit. While cruising I have noticed that sometimes despite the sea conditions being great I have found myself getting nauseous. And I really wondered why. But after a few times I’ve realised that sometimes just being anxious about a crossing or being stressed out actually made me feel sick. So try to change your mindset, calm yourself or maybe avoid going out for a sail that day.

Look at the horizon

Even though reading is really tempting and enjoyable while sailing on a sunny day you might want to put that book down. Picking a point in the distance and staring at the horizon might help you fight nausea or at least won’t make it worse. Avoid at all costs going below deck because you are most likely going to throw up.

I tend to take a more natural approach but sometimes you might need something stronger. Gravol from what I heard tends to work well. I also have heard of wrist bands which might reduce nausea. Unfortunately I haven’t tried any of these first hand.

Sea sickness hits anyone and sometimes even if it’s only a slight roll you might feed the fish even though on the previous day in huge waves you didn’t. Hopefully some of these tips might help you like they did for me. Nausea is never a fun one to deal with but it also shouldn’t prevent you from going out at sea or enjoying a nice afternoon sail on the bay. Also remember to calm your mind because something I didn’t expect to did not want to admit was that being a little stressed may affect my insides more than I want.

Fair winds and following seas! Without the sea sickness!

Cory and Alex share their adventure with weekly videos on their YouTube channel “Wildly Intrepid Sailing” and share stories on their website www.wildlyintrepid.com . Their dream is to travel the world and to live without any regrets.