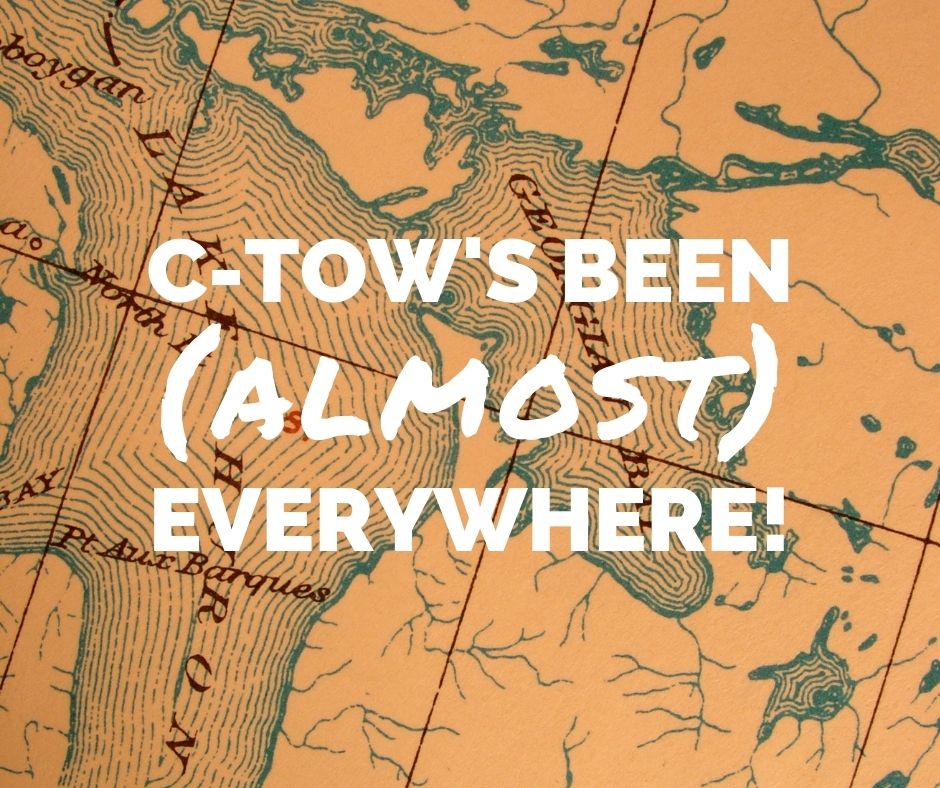 If the late and great Johnny Cash were a C-Tow captain he could easily re-write the lyrics of his famous song without having to change the chorus — we’ve been (almost) everywhere, man! That’s especially true for Captain Craig Russell.

While Captain Craig is based in Simcoe, the 2020 season sent him and many other C-Tow captains on the road, and over the waters, all around Ontario. Asked for his most memorable job, it turns out that the entire season was unforgettable, and practically non-stop.

One particularly busy weekend, Captain Craig and crew, including Captain Eduardo Yglesias, travelled around 3500 kilometres to salvage a number of boats. “That was a long weekend,” he recalls.

Around L’Orignal, in Champlain Township, the team salvaged a boat that floated down the river and wrecked on shore. That was their farthest east destination, before travelling back west for another job.

“We ended up going to Toronto, then Manitoulin Island,” Captain Craig explains.

Just off of Manitoulin Island lies the smaller Fitzwilliam Island, situated in Lake Huron. There, the crew salvaged a 26-foot sailboat that had been sitting for quite some time.

“It was a sailboat that got caught up in a storm,” Captain Craig says. “The sailboat blew up on shore… The keel was ripped right off.”

The weather gods smiled down on C-Tow that weekend on Lake Huron, making the job easier.

Of course, not every C-Tow job comes with good weather, something Captain Craig knows quite well. Also in 2020, the team spent at least 14 hours cleaning up after a major storm, handling six boats in Simcoe, all in one day. Strong storms hit the region several times last year, keeping C-Tow busy refloating and salvaging.

Many C-Tow captains, including Captain Craig, Captain Eduardo, and Captain Darin Alderton of C-Tow Windsor had a hand in retrieving a 45-foot boat that had caught on fire and sunk in Lake Simcoe, in the cold autumn waters.

“I literally pulled one off the bottom at Port of Orillia and then as I was going through the Narrows that’s when I got called,” shared Captain Craig.

The boat was burnt to the water line on the port side, necessitating a lot of float bags and some diving work.

All of this hard work is worthwhile, for our clients and for our captains who love the satisfaction of a job well done.