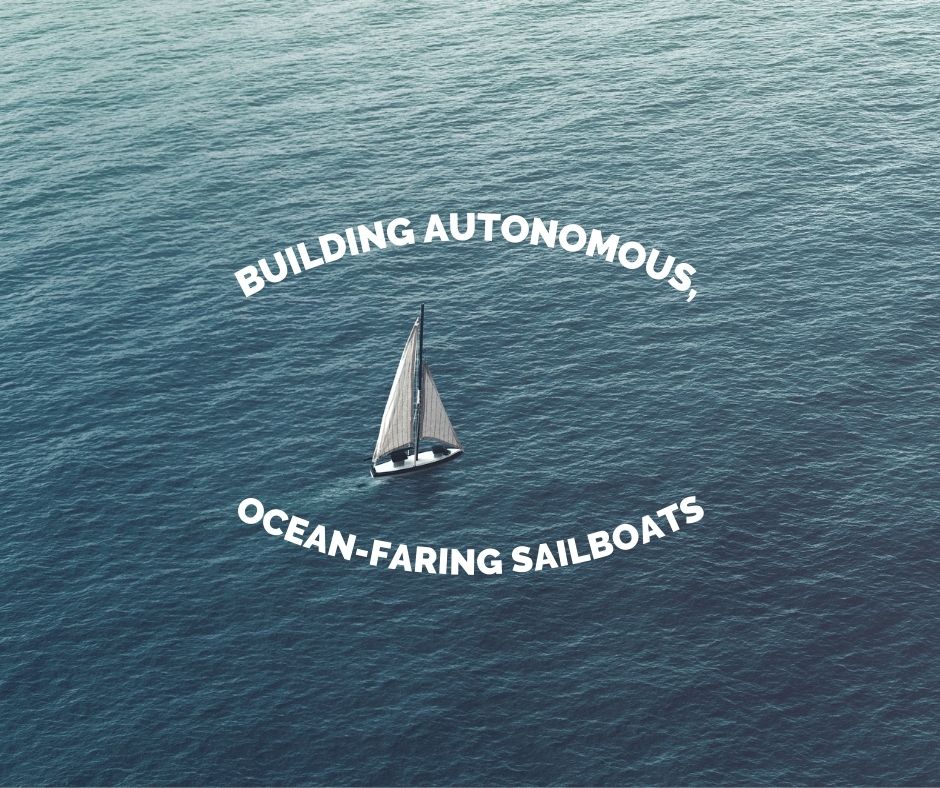 Courtesy of University of British Columbia

It’s a wild idea for most people, but that’s exactly what a group of engineering students from UBC Vancouver are doing. UBC Sailbot is a student-led design team that specializes in marine engineering projects. Their latest project Raye, named after late US Naval Engineer Raye Montague, is a 5-meter sailboat that is being planned for a summer Pacific autonomous voyage between Victoria, BC. and Maui, HI.

Of course, there’s a team history behind building autonomous sailboats which led to their current project. As far back as 2004, this engineering team delved into the concept for fourth-year design projects. Gradually, this transitioned into a small-scale robot sailboat named Thunderbird, which between 2012-2014 won first place three times at the International Robot Sailboat Regatta (IRSR).

Even before their final IRSR participation in 2014, Sailbot began building a 5-meter variant named Ada (after female mathematician Ada Lovelace). She was to sail across the Atlantic, between Newfoundland and Ireland, all on her own. In August 2016, she started her journey from Newfoundland and covered nearly 800km before encountering an unexpected hurricane. This damaged her only rudder and caused her to drift off uncontrollably until she lost battery power and satellite communications were cut off.

For a solid year and a half, the team had thought Ada was lost forever until around December 2017 when a research vessel found her off the coasts of Florida, USA. The research team who owned the vessel graciously brought Ada back to UBC, giving the team a rare opportunity to learn what had happened. As a result of what was learned, the team’s next boat Raye, which started in 2016, has a heavy focus on reliable mechanical design, pathfinding, sensor/power management, and tracking.

Today, UBC Sailbot is finalizing construction of Raye and its software/electronics design. Between pandemic restrictions, online learning, and physical distancing, these students have had their capabilities tested in 2020. However, they’ve re-geared themselves to design remotely and complete critical-path hull work with the support of the Vancouver Maritime Museum. For the 60-strong team and over 100 students who worked on Raye before, she will be a defining mark of their perseverance through the worst of times.

We’ll be closely following them in the coming months to see the finale of this 5-year journey. If you want to learn more about UBC Sailbot or even provide support for this team, check out ubcsailbot.org or reach out to Simon Wu at captain@ubcsailbot.org!